The history of Miller starts with the railroad being built through Hand County. In 1880, the Chicago and Northwestern Railway Company completed railroad track from Huron to Pierre. The company designated sidings along the route including Siding #3 and Siding #4. Eventually, Siding #3 became the nearby town of St. Lawrence and Siding #4 developed into the town of Ree Heights. In late 1880 the first settlers entered the area. These included the folks that initially settled in the Wessington Hills and the men who were hired to serve at the sidings.

Henry Miller, an entrepreneur from Blairstown, IA, took an interest in building a town in central Hand County. He purchased 40 acres and on July 7, 1881, made a trip two miles west of Siding #3 to select the site for the town. He returned to the area by train on September 8, 1881, along with 22 settlers from Iowa. They officially drew lots and founded the city of Miller.

The settlers returned to Iowa within a few days to fetch their belongings, except for a handful of carpenters who proceeded to build temporary buildings before the onset of winter. Henry, through a friend that was employed by the railroad, convinced the railroad company to build another siding and depot at the Miller site even though it was so close to Siding #3. The railroad construction crew showed a few days after the settlers had drawn lots, and three days later the depot was completed.

Over the next few weeks houses and businesses within the town were rapidly built including a couple of hotels, a grocery, a hardware store, and a post office.

During this same time the towns of Ree Heights and St. Lawrence were quickly being developed as well. By the spring of 1882 a heated battle had been engaged for the location of the county seat. The towns of Miller and St. Lawrence emerged as the two major candidates. After a long, hard-fought campaign that saw bribery, trickery and bitter words published in both towns' newspapers, Miller was chosen as the county seat.  Miller won in part by promising to build a fine new county courthouse.

The town of Miller neglected to build the courthouse and in 1888 the residents of St. Lawrence took advantage of this fact to bring the county seat location to another public vote.  Their effort was backed by the enormous sum of $10,000 deposited in a St. Lawrence bank for the express purpose of constructing the courthouse. On election day, St. Lawrence came out on top by a solid majority. However, a year earlier the Territorial Legislature had passed a law that required a two-thirds majority to move a county seat.  St. Lawrence did not have the necessary votes and the county seat stayed in Miller where it remains to this day.

Throughout the late 1880's, Miller knew many good times and grew quickly. Along with other towns on the northern plains, it faced its share of difficulties such as blizzards, prairie fires and drought. Through it all the town continued to thrive with highlights including the first public school between Huron and Pierre in 1882 and a bid for the state capital in 1889.

The city celebrated its Quasquicentennial (125th Anniversary) in 2006. 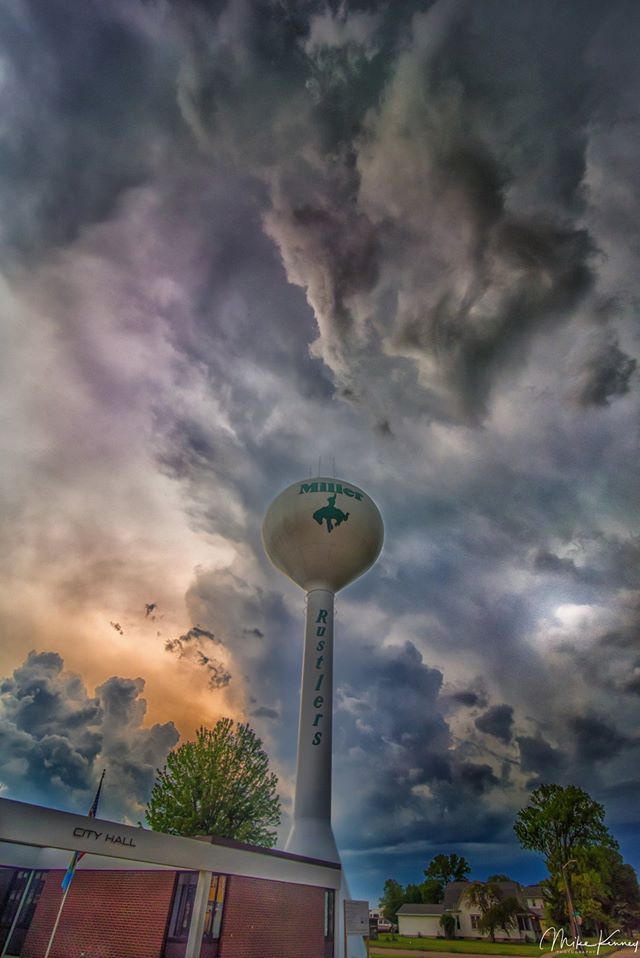